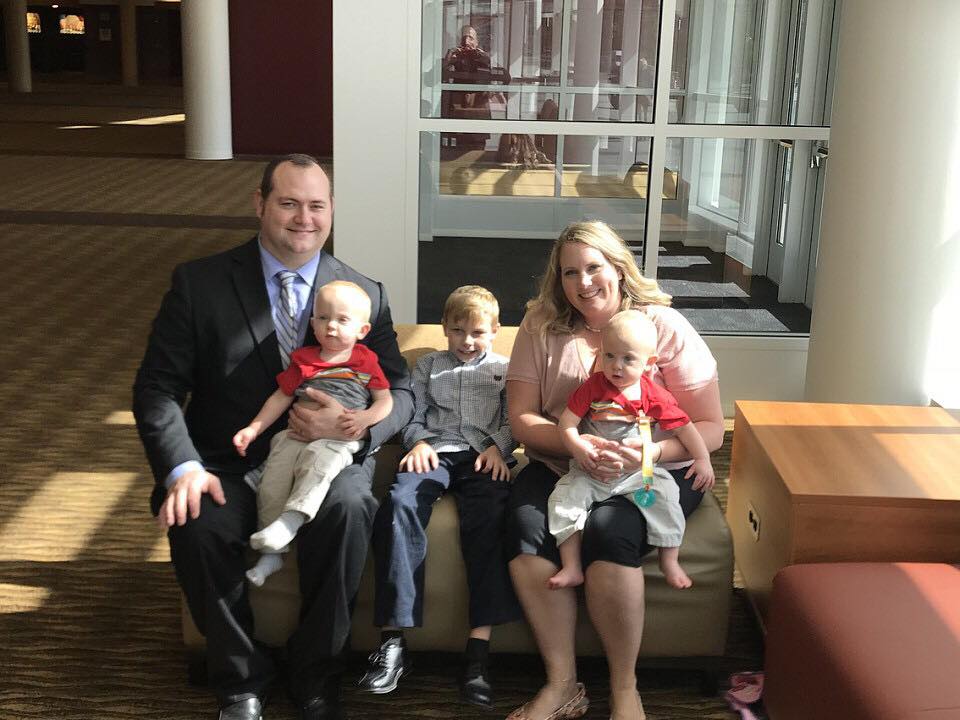 Jake has been a technician at Collins for almost two years.  He works primarily on audio-visual systems but tends to bounce around in other areas as well.  One of his favorite projects at Collins so far was the Park Assist System installation at the Mall of America.

Jake previously had the opportunity to work with Shawn Withrow performing installation and commissioning on projects in Mexico, Dubai, Saudi Arabia, Panama, and the Philippines.

Jake and his wife, Holly, have been married for 11 years. They have four sons and a daughter, including baby twins that occupy most of their time. Cienna is 19, Anders is 16, Alaric is 10, and Jorum and Locklin are two. Jake’s family lives on land that was part of the old family farm in Cottage Grove. They enjoy camping, hiking, and four-wheeling together along with visiting national parks in the U.S. and Europe.