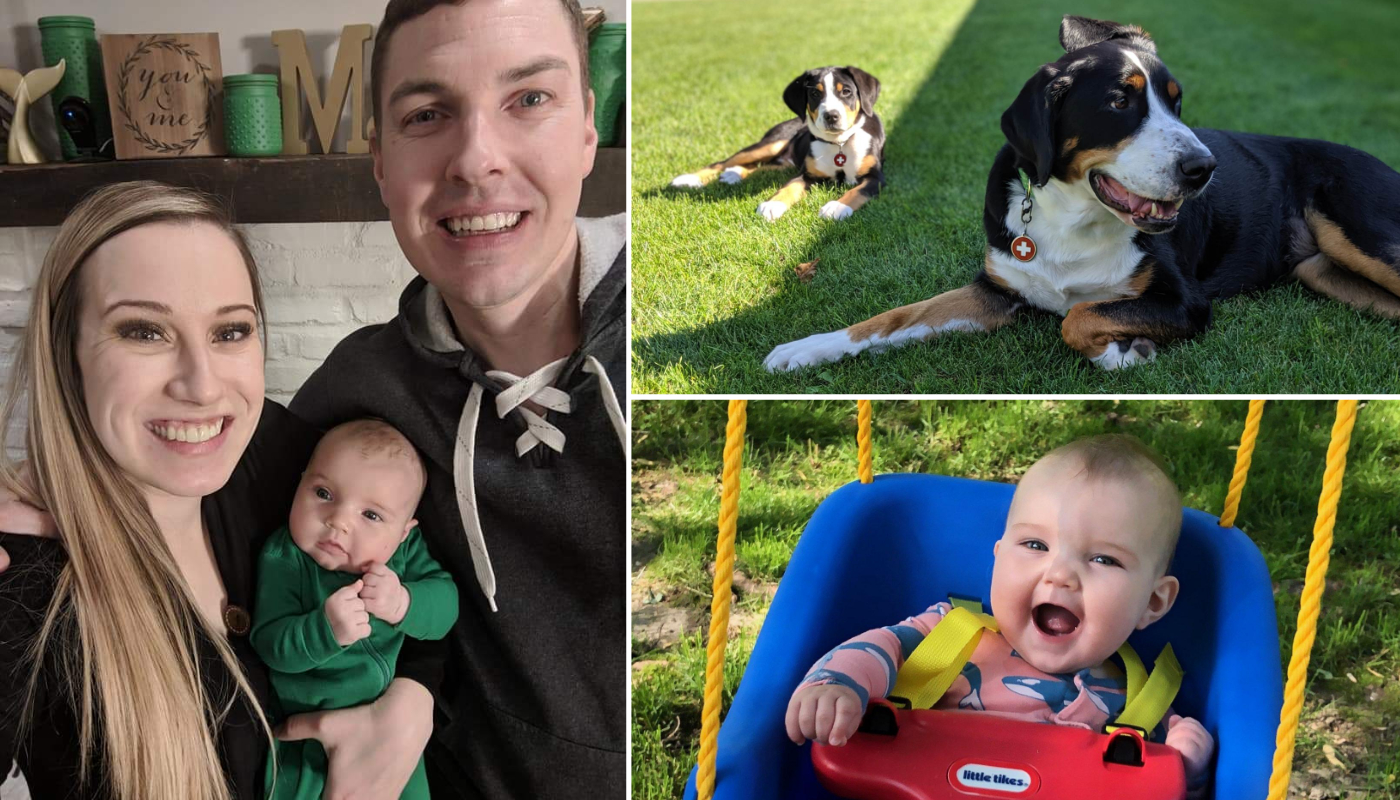 Jordan grew up in Apple Valley, which is where he currently lives, too—about one and a half miles away from his childhood home. He has been married to wife Macie for four years and they welcomed their first child, Eleanor, last November. Their family also includes two Greater Swiss Mountain dogs—Ruthie & Glady.

Jordan graduated from Dunwoody College’s Electrical Design & Management program in 2003, and then spent 15 years at Peoples Electric. He joined Collins last fall and will celebrate his one-year anniversary on October 1st. Jordan currently works as the project manager for the St. Catherine University and St. Thomas University accounts, both of which have kept him rather busy! While the past year has been a bit of a whirlwind for him, Jordan says, “I’ve managed to settle in a bit and I feel really fortunate to be a part of this great company!”

In his free time, Jordan enjoys spending time with his family, working on home improvement projects, and wrenching on Volkswagen automobiles.

An interesting fact about Jordan? He finds saying the alphabet backwards easier than saying it the regular way!